A wealthy businessman was caught running a £2.6million illegal waste racket where he buried toxic rubbish underground next to his Grade II-listed mansion.

Homeowner Howard Rees, 65, and 53-year-old accomplice Huw Leyshon concealed the waste alongside the mansion. A court heard the pair tried to hide their secret dumping activity on the 69-acre land in South Wales by using large excavators and then flattening the ground on top. 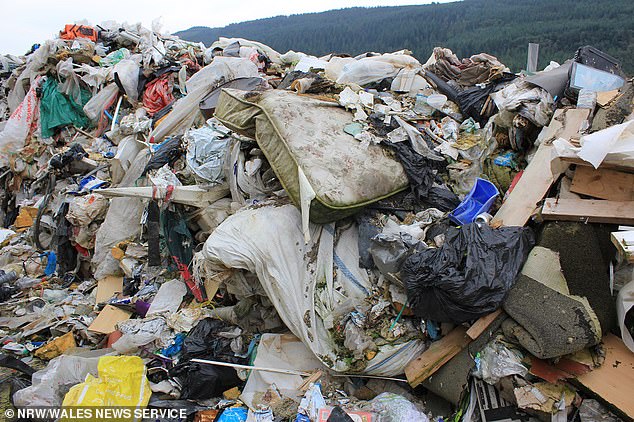 They plotted to dump materials including biohazardous waste such as used syringes and clinical tools from hospitals.

Rees pocketed £1.4million in the scam before putting his countryside mansion up for sale for £750,000 and selling it earlier this year.

Meanwhile, cattle farmer Leyshon made £1.2million in the scheme.

The two owners were paid ‘tipping fees’ for all the waste disposed of on their land, said Natural Resources Wales.

The building is next to a former aluminium works where the rubbish was dumped underground in giant holes before being covered over. Investigators were tipped off that lorries were using the former Old Rheola Works site in Resolven to hide rubbish and started a surveillance operation.

A third defendant, Dennis Connor, is set to be sentenced later this week after clinical waste from hospitals, traced to a hospital trust in south-east Wales, including syringes and infectious waste bags, were found on his land.

Previous Post: Needle decap/recap, with a sting in the tail?
Next Post: Waste crime, and a deserving penalty!