It is claimed that human remains have been found in 100 containers of exported recycling sent from UK to Sri Lanka. 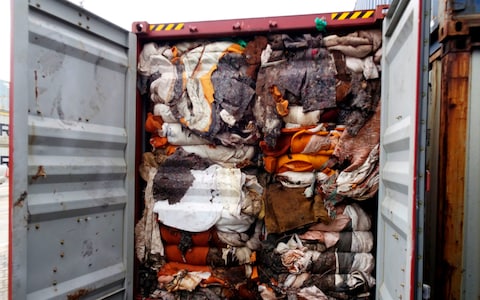 The British government – the Environment Agency – has launched an investigation after Sri Lankan authorities said they would send back more than hundred shipping containers because they appeared to contain human remains disguised as recyclable metals.

Officials at the port of Colombo made the grisly discovery while investigating a strong smell emanating from 111 containers which have been arriving at the docks over the past two years. [more] Court action has been commenced to ensure that the entire consignment if returned to the UK.

Inside the crates, customs officials found the “extremely hazardous” materials mixed in with mattresses, plastics and clinical waste. But in all probability this is a gross exaggeration, based on little more that a few Band-Aids and the like, but time will tell.